We are creating
the next generation
of hidden champions.

As an anchor investor, we support deep-tech companies on their long-term growth path.

The DeepTech & Climate Fonds (DTCF) is a new investment fund in the field of high technology (deep tech), financed with funds from the “Zukunftsfonds” and the ERP Special Fund. We invest in the hidden champions of tomorrow, helping to create the next technology-based generation of Germany’s “Mittelstand”. In doing so, we are strengthening the long-term competitiveness of the German economy. A total investment volume of up to EUR 1 billion is earmarked for the DTCF over the next ten years.

Strong technology companies based in Germany

Our fund is the right partner for entrepreneurs running innovative deep-tech companies whose business models are characterized by a longer development cycle and high financial requirements. We want to offer these companies a long-term perspective in Germany. The DTCF aims to support deep-tech companies in their rapid growth phase while ensuring they retain their independence at the same time. This includes a joint journey to capital market readiness.

We always invest together with private investors who – like us – have a long-term investment approach. Together with these investors and deep-tech entrepreneurs, we aim to create sustainable value and contribute to Germany’s development into a hub for deep-tech companies.

Focused on the next generation of hidden champions

As a co-investor, we provide financing to growing deep-tech companies with validated business models that have the potential to become global market leaders. We offer support as a long-term growth partner and anchor investor, helping to lay the foundation for your long-term independence. We invest up to EUR 30 million per company. On top of this, private investors also take up a stake. For deep-tech company entrepreneurs, we are an experienced sparring partner. This is particularly true for companies considering an IPO as a strategic option. The DTCF also finances “buy & build” strategies and offers existing shareholders an exit opportunity. Professionalism, transparent processes and quick decision-making define our day-to-day work as well as technology expertise and transaction experience.

Examples of sectors we invest in:

We invest together with private investors (e.g. family offices, foundations, private companies and individuals) who have a long-term investment approach and are focused on the sustainable growth of their investments. In doing so, we combine the fundamental values of traditional entrepreneurship with cutting-edge technologies driven by the challenges of tomorrow. Our aim is to build bridges and contribute our expertise in transactions and technology assessment as well as our many years of experience in fund management. We always take a co-investor role alongside private investment partners. A total investment volume of up to EUR 1 billion is earmarked for the DTCF over the next ten years.

million euros of investment
per company 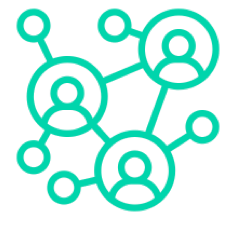 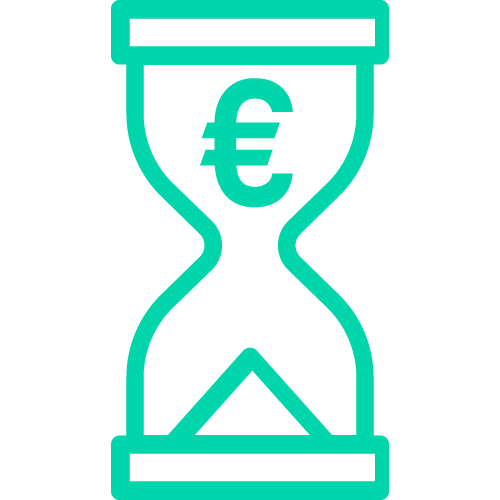 years of experience in
fund management

Background information on the DTCF

What is the lifetime of the fund?

The fund targets a lifetime of at least 25 years.

What is the investment focus of the DeepTech & Climate Fonds?

The fund is particularly focused on companies ranging from traditional deep-tech areas such as industry 4.0/IoT, robotics, AI, quantum computing, blockchain and process automation, to companies with a tech-based business model from sectors such as digital health, new energy, fintech, smart cities and certain areas of the biotech industry. In addition, we’re also looking for innovative deep-tech companies that will disrupt other markets.

How much does the DeepTech & Climate Fonds invest in each company?

As a co-investment fund, the DeepTech & Climate Fonds only invests together with private investors. Investments made through the DTCF comprise a mix of private (at least 30%) and public (up to 70%) funding. The investment amount is limited to a maximum of EUR 30 million per company over the entire company lifetime. In the first financing round, DTCF invests at least EUR 1 million.

When will the fund start investing?

The DeepTech & Climate Fonds is up and running. We expect the first investments in the near future.

What kind of equity stake is the DTCF targeting?

The DTCF will always hold a minority stake of less than 25% of voting rights, similar to all other public investment funds.

Who is a suitable co-investor?

In terms of private investment, there are a wide range of potential investors such as evergreen funds, listed investment companies, foundations, family offices, private companies and business angels, who intend to make a long-term investment commitment.

Who takes investment decisions at the DeepTech & Climate Fonds?

The managing directors of the DeepTech & Climate Komplementär GmbH make a final decision on the investment that is made “pari-passu” with the private lead investor. They are currently recruited by an executive search firm.

Your partner and value developer

Our team is committed to building bridges between long-term-oriented investors, Germany’s “Mittelstand” and growing deep-tech companies. We work in various roles to ensure the success of our investments. In our roles as networkers, scientists, or engineers, we rely on our own personal entrepreneurial experience. 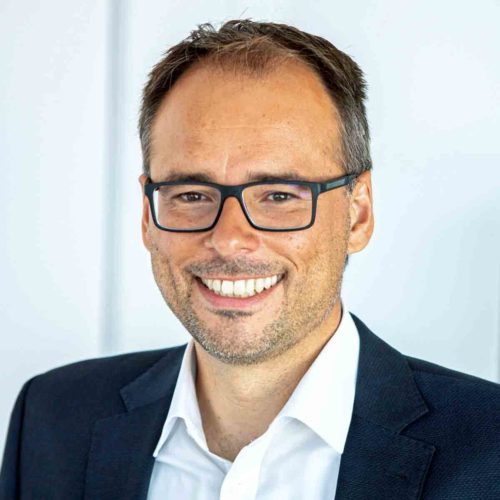 Tobias Faupel
Managing Director
Tobias Faupel, a former managing director at BASF subsidiaries and medium-sized companies, is in his element when it comes to customers and sales concepts. But being an engineer he is also passionate about deep-tech topics. He has a transaction track record at all stages of a company’s life cycle due to his own start-up experience and roles held at Deutsche Bank and High-Tech Gründerfonds. As Managing Director of DeepTech & Climate Fonds he was actively involved in setting up.
linkedin
email 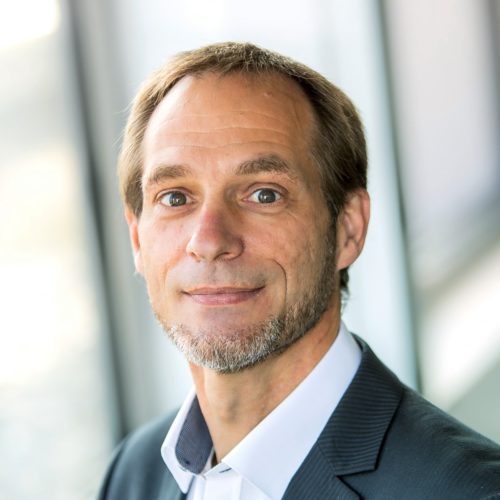 Dr. Torsten Löffler
Authorised Signatory
Dr. Torsten Löffler is as enthusiastic about corporate strategy as he is about deep tech. The physicist, who holds numerous patents, also founded a measurement technology start-up and held senior positions at a number of technology companies. As part of the High-Tech Gründerfonds hardware team, he was responsible for investments in industrial hardware and software companies, including successful exits. As Authorised Signatory, Torsten is now a part of the investment team at the DeepTech & Climate Fonds, which he was actively involved in setting up.
linkedin
email

Viktoria Dietrich
Operations
The focus of her studies was already on entrepreneurship, SMEs and innovation. Viktoria took part in entrepreneurship programs and high-tech conferences during this time. In a medium-sized asset management company, the business administration graduate established sustainable concepts for product development across generations. She also ran a business in the field of early childhood education. Her experience as an Executive Assistant at a rising deep tech start-up in quantum communication led her to DTCF. As Executive Assistant, Viktoria takes on the role of further supporting the company in its development and manages the operational challenges.
email
linkedin 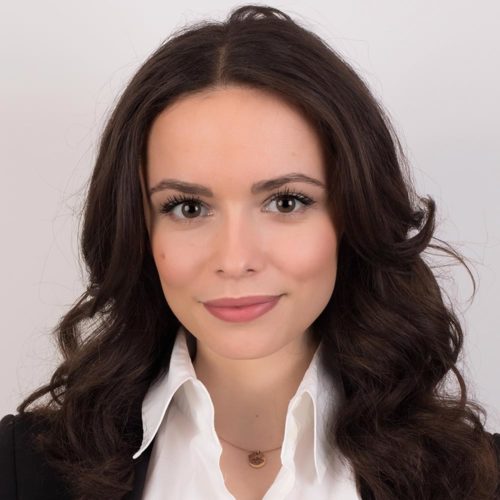 Inessa Prozorova
Junior Analyst
With the motivation to promote ideas for future-oriented innovations, Inessa takes on the role of Junior Analyst at the DeepTech & Climate Fund. She also brings her own start-up experience with her, which she gained during her studies in economics. Being strongly committed to sustainability issues, she got involved in promoting green and social entrepreneurship among students. This resulted in founding a green start-up in the alternative commodities segment, where Inessa worked in Finance and Corporates. By participating in the six-month Hafven Accelerator, she acquired the necessary skills to develop a market-ready product. In parallel, Inessa worked as a student assistant in the field of innovation research, where she had the opportunity to help set up a high-tech incubator with the aim of strengthening Lower Saxony as a location for innovation.
linkedin
email 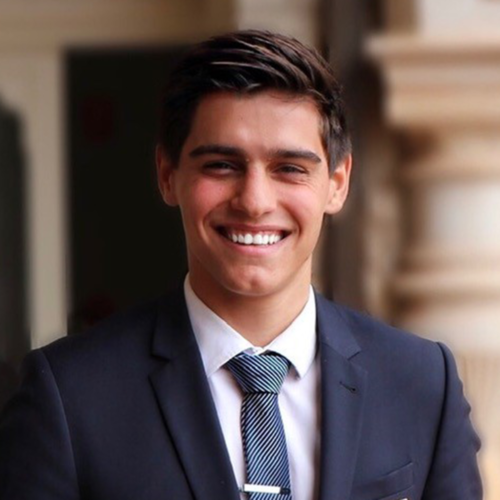 Lion Hummel
Junior Analyst
As part of the DeepTech & Climate Fonds, Lion joins the team in the role of Junior Analyst.
As part of his English-language bachelor’s degree in International Hospitality Management, half of which was taken at ISMC in Sydney, Lion earned degrees in Germany as well as Australia. He also completed a six-month professional internship at Bellmond Castello di Casole Hotel in Italy. During his Master’s degree in Business Development, he got the chance to further develop his skills in product management and innovation through a working student position in the digital department at a global market leader. Lion also participated in the six-month Black Forest Accelerator, where he developed his own startup concept and pushed it to the final pitch.
In his spare time, Lion is a performance gymnast, enjoys the outdoors, and is passionate about surfing.
linkedin
email
Get in touch with us. We look forward to hearing from you.

Send us your investment enquiry

If you’re interested in securing investment from DTCF, please fill out our online form with all the relevant information. It’s the easiest way to get the ball rolling – both for you and us.

Help us in shaping the future of Germany as a deep-tech hub.

Stay up-to-date on the latest developments at DTCF.